So whilst on holiday in Fuerteventura I managed to sneak in a sneaky mountain biking trip, this was a different type of riding than I'm used to, sand and volcanic rock aren't that common in the cotswolds!

I did this ride whilst on a relaxing holiday in Fuerteventura, having found a bike tour operator (Volcano bikes), I booked on the advanced tour advertised at 37Km with 600m of climbing and 90% off road for advanced riders. Now I'm not an advanced rider by any stretch of the imagination and in the week before the holiday I had found a tendency to crash a lot, five times in one 20Km ride, even worse they were on the benign stuff. I was unsure how technical this tour would be, after all the island is very rocky with little vegetation, put it this way I wasn't expecting loam!

It turned out to be a fairly easy ride even on a hire bike which had seen a lot of action, wasn't set up for me and was far from my beloved Santa Cruz. After I had lowered the pressure in the fairly worn tires to a point where there was some give it did become more ridable and didn't just bounce of every rock. Having got over that the bike wasn't mine and getting used to riding a bike that was a touch on the small side for me I made the best of it to enjoy the ride.

So OK the bike wasn't my Carbon Fibre full suspension, the ride didn't really need more than a hardtail anyway, I'm just spoilt back home. The ride itself turned out not to be very technical, it was mostly rough sandy rocky tracks. The sand on occasion being quite deep, which made it a bit like riding in the UK winter mud. It was nice to see the island from a different point of view, it was also nice to be able to relax on the ride with having to use every ounce of energy and skill, I was supposed to be on a on relaxing holiday after all.

I did try to get some GoPro footage of the ride but it turns out that I am just no suited to be a cameraman, the footage turned out to be quire unusable, it probably pays to spend time understanding how to set the thing up before trying to use it! My trusty iPhone did work and I managed to fire of a few shots which don't really do justice to the landscape.

It has become somewhat of a tradition that post ride is cheesy chip and a beer, now just because I wasn't on UK soil there was no reason to shy away from tradition. Luckily the hotel have burgers, chips and beer on tap. 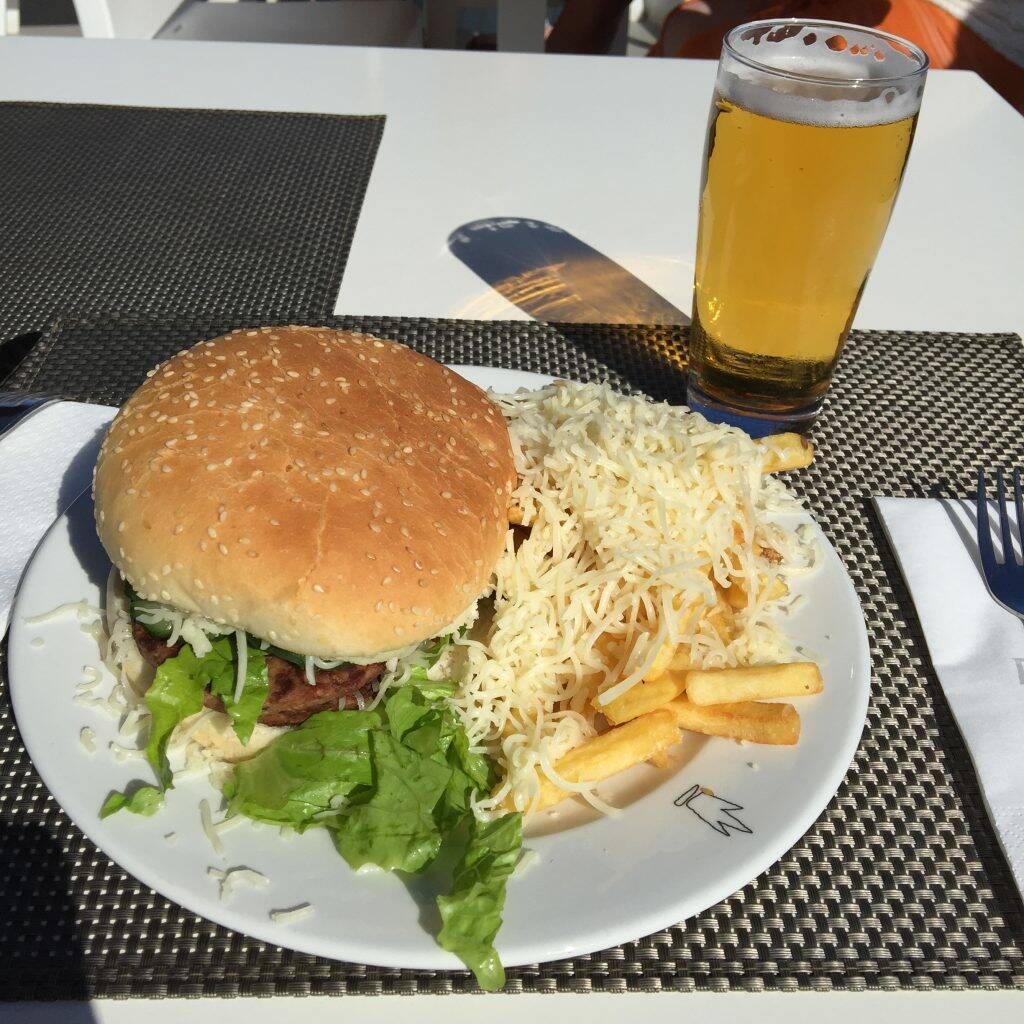