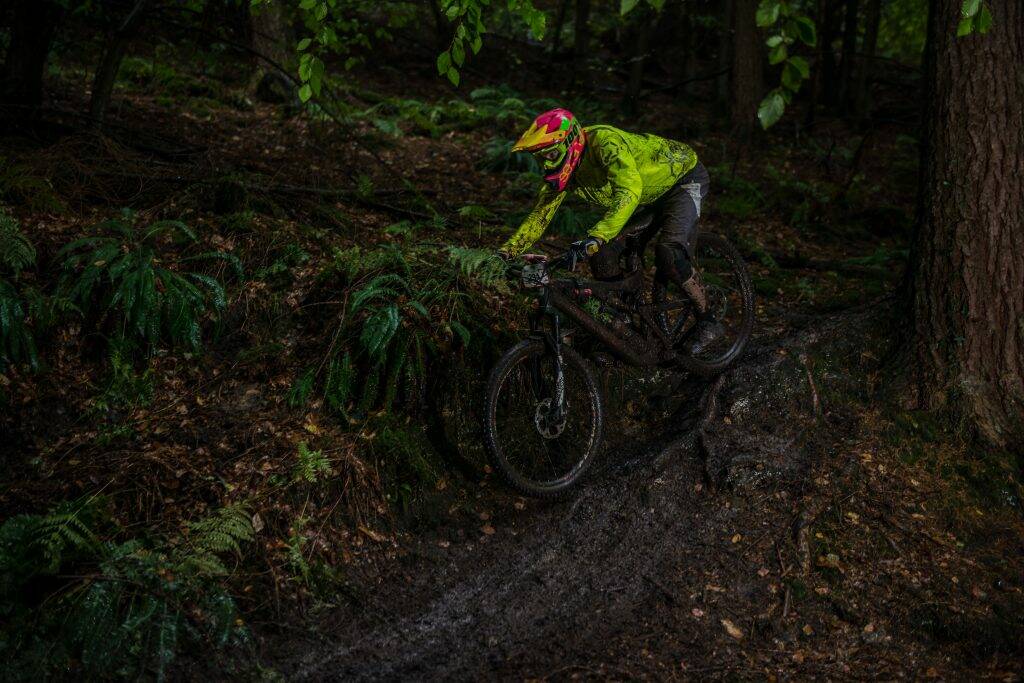 2018 was the year that I finally entered my Santa Cruz Bronson into a mountain bike race. Having had the Bronson for just over two years I decided that it was about time I pushed myself. This nearly didn't happen, three weeks before the race, just before I went to Thailand on holiday for 10 days, I found out that my frame was broken. It was touch and go whether I would have the replacement frame back in time to race. There was serious consideration of using my Santa Cruz Chameleon hardtail. Luck and excellent customer service form Santa Cruz's UK distributor Jungle Products saw a new frame build up in time. 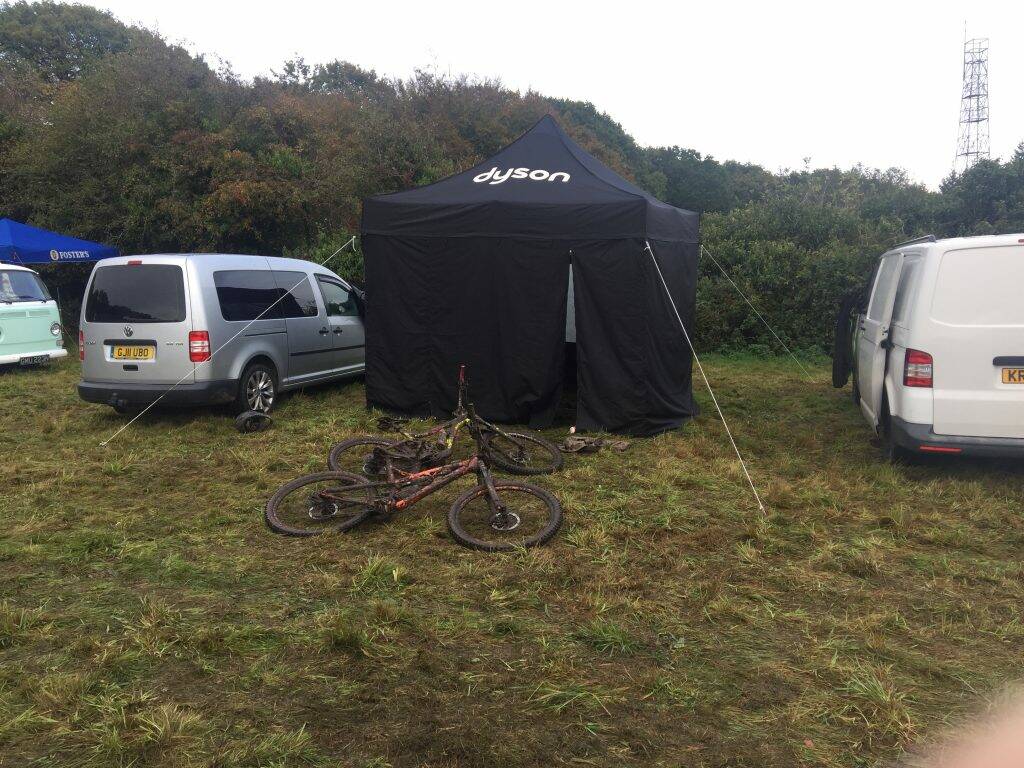 Saturday was practice day and saw the debut of my newly rebuilt Bronson, this time in black rather than pink. I met up with some of my ex colleagues who were also racing. This came with the bonus that they had an easy up to make a base for the weekend as well as a crew to ride with. The forecast for the Saturday was for rain drying up for Sunday, this proved to be wrong. Saturday was nice and dry the trails were sticky but not wet. This gave us plenty of opportunity to ride all the stages and get a good idea of what was what. I left the day feeling that I could at least ride all of the stages. I'd had a couple of minor crashes nothing that would dent my confidence. 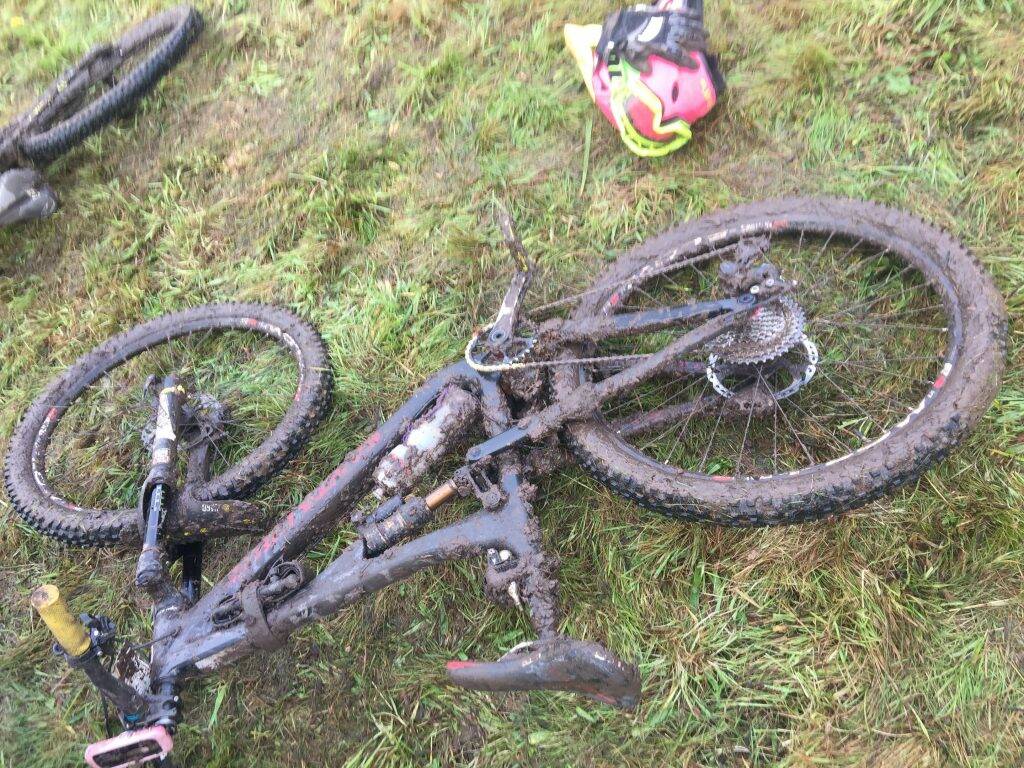 Race day and the weather had taken a turn for the worst, it had started raining overnight (glad I didn't camp). The stages were getting muddy but at this point they didn't seem to bad.

I was to race the stages in the order of 3 - 4 - 2 - 1. Stage 3 was the one I had the most fear of due to one off camber corner round a tree. Having my first race stage done and the first time I'd ridden it in one hit, my nerves were settled. My heart rate was however through the roof and the climb upto the next stage was a chance to regain some composure. The second stage was easier having got over my initial nerves, I could start to enjoy myself more.

There was a break between the 2nd and 3rd stages so time to refuel and clean the bike, goggles and gloves. The rain had abated by the time I started the 3rd stage have the field had been down and the stages were getting sloppy. This was the point where it started to go wrong for me, the top of stage 3 was hard work. Stage 4 was a disaster I crashed at the top of the stage and then couldn't get a flow afterwards, at the bottom the mud was so bad I ended up dragging my bike through the mud.

So my first Enduro was over and despite the conditions I'd had a lot of fun. I may not have placed very far up the leaderboard, but the results weren't my goal I was just happy to finish. I learnt a lot from the weekend and it's wetted my appetite for more racing. 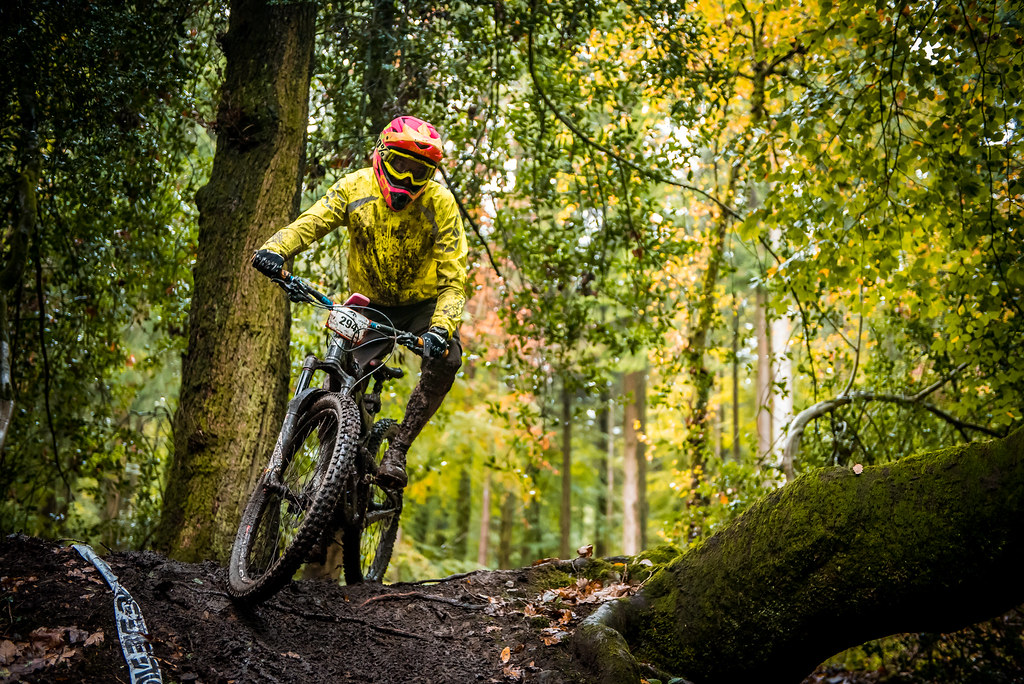