It's not very often you get asked to make your friends a house for their wedding!

When my friend and colleague Rachel and her fiancé Jon set a date for their wedding, Rachel was on to me to get Louise to make their wedding cake, Louise had already made both Jon and Rachel their respective 30th Birthday cakes. This was 18 months before the wedding and at this time we had little idea of what would lay in-store for us in the cake department. Roll on a year, at which point Rachel had been telling everyone I was making her wedding cake, this included everyone in the office in which we both work. Back to reality, Louise would be making the wedding cake especially when Rachel told us she wanted two snowmen as their wedding cake, this in itself was a large task added to this Rachel asked for 100 Gingerbread men and a gingerbread house to be served with the canapés.

With all the cake and gingerbread Louise would be unable to make all of it so I stepped in taking two days of leave to 'build a house'. Building a house from gingerbread isn't quite as easy as you think it should be, but its not really that hard, you just need a few tips and lots of patience. Firstly you will need a couple of batches of gingerbread (recipe below), the you will need a template to cut out the four walls and roof panels. The template needs to be cut out of cardboard, this makes it easier to use and also makes it reusable, if you use paper it will be harder to get the shapes right. 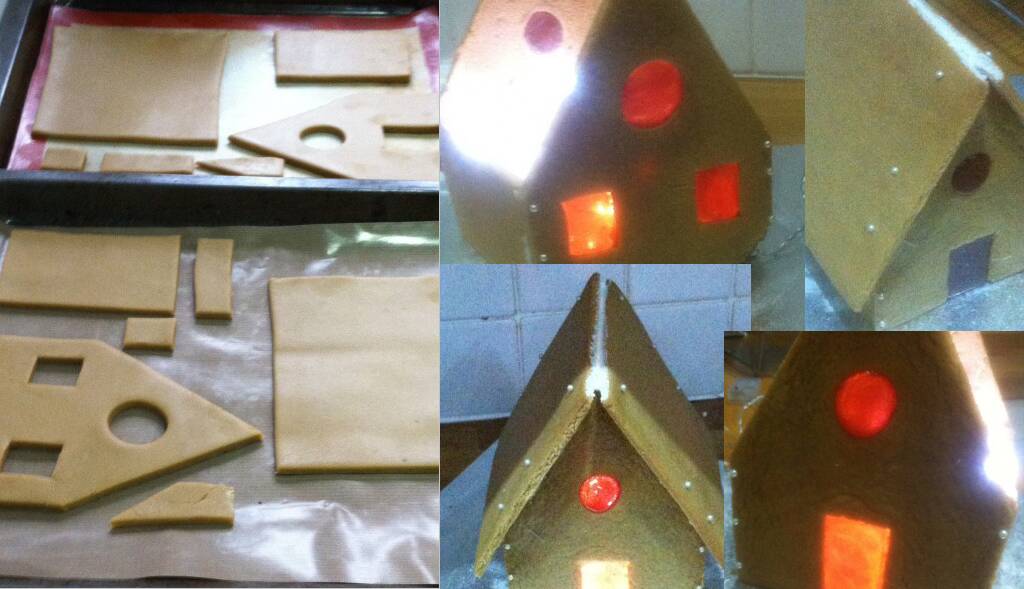 Once you have baked the walls and roof of the house, the time has come to assemble it, this the tricky bit where a pair of steady hands is needed. Before we start the final assembly we need to glaze the windows and door (if you want to), to do this you'll need some clear boiled sweets, I used Waitrose clear fruits. Crush the sweets as small as possible, you can pulverise in a blender, place them on a piece of greaseproof paper on a baking tray and heat in the oven at about 120 degrees until you can pour the resulting liquid. Meanwhile put the walls that need the windows glazing on tin foil, creating and edge for any opening that aren't totally enclosed, such as the door. When the sweets have reached a point where you can pour them, simply pour into the openings and then allow to cool.

So back to building our gingerbread house we need to glue the walls and roof together, to do this you will need royal icing (just thin enough to pipe) and some long pins. Start with one end wall and one side wall, spread some royal icing along the end of the side wall, the easiest way to do this is using an icing bag with a fine nozzle, then stick this to the end wall. You will need to secure the joint with some long pins (ones with large head help here) then we need to 'glue' the house to a cake board, position the walls on the board and glue into place using more royal icing also reinforce the inner sides of the wall joints with more royal icing. Once you've done this for all four walls leave the house to set for a while, until the walls are good and solid, which just leaves the tricky bit of putting the roof on. The first time I did this the roof was too thick and soft, so I had to make a thinner one baked for a little longer to stop it sagging. So putting to roof one one side at a time again using royal icing glue and long pins, one the roof is on the house is built and once it has been left ideally overnight) its time to decorate.

The decoration is the fun part, you'll just need a lot of sweets and a strong will to avoid eating the all before sticking them on. The decoration is entirely unto you, you can have as much or as little as you like, its good to hide the joins and any cracks that may have occurred in the building of the house. Simple use more royal icing glue to attach the sweets or to draw patterns, like i did on the roof (this needs to be carried out prior to sticking on sweets and is easier if you cab draw on the lines with an edible ink pen first, then just trace over them with icing. 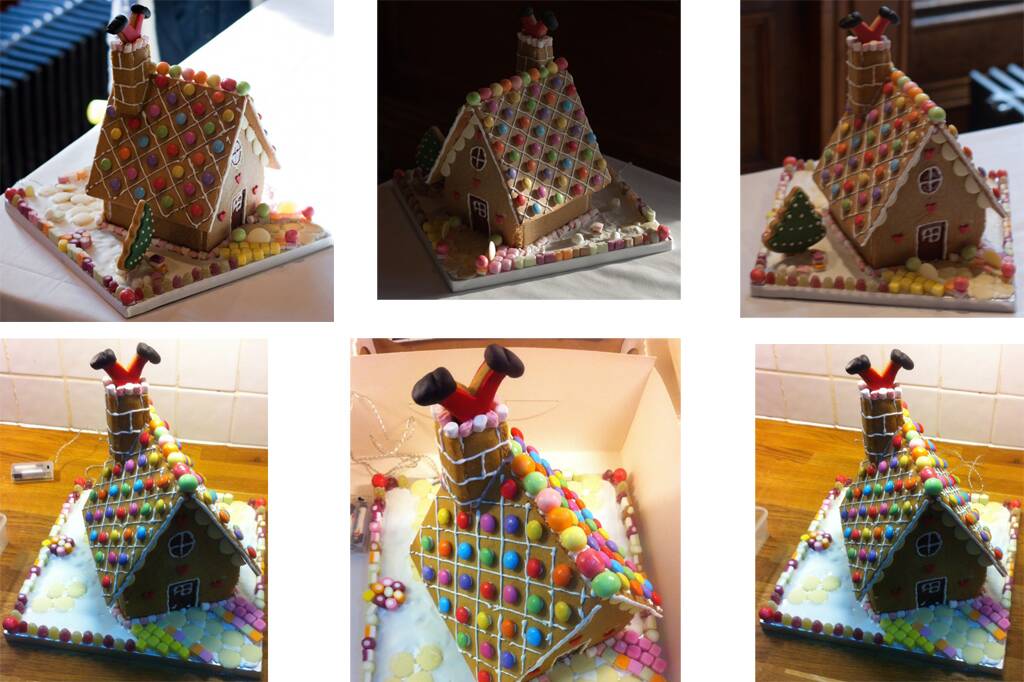 Did you make this recipe?

More recipes you may enjoy